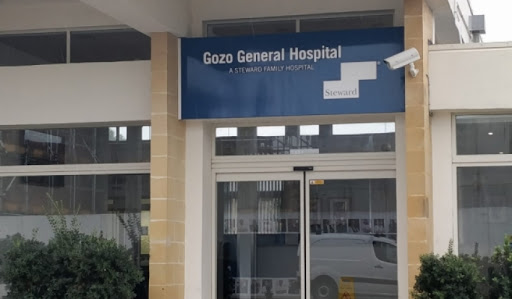 The Malta Union of Midwives and Nurses, MUMN said that if an agreement is not reached by Wednesday between Steward Health Care and the Health Department to initiate the concept of Meal Allowances for MUMN Members working at the Gozo General Hospital, St. Luke’s Hospital and Karen Grech Rehabilitation Hospital, then the MUMN will have to issue industrial directives.

During the press conference on Monday morning which was held in front of the Gozo General Hospital, MUMN president Paul Pace said that the employees at the 3 hospitals which fall under the administration of Steward Healthcare should be treated equally to those working at Mater Dei hospital who benefit from the Meal Allowance which Pace described as one of the perks of being a healthcare worker.

He also said that nurses and other health professionals working at the Gozo General Hospital should not be treated less than the Maltese and all those working at Mater Dei Hospital.

Paul Pace said that the union had to announce that it will announce industrial directives as neither Steward Healthcare nor the government wants to address the issue. Pace explained that Steward Healthcare instructed MUMN to discuss the matter with the Ministry for Health which never replied to the union. Following this situation, MUMN requested a meeting which was never accepted even though they both agreed on the concept of Meal Allowances.

He also said that following this press conference the MUMN hopes that the government and Steward Healthcare listen to the needs of the employees for the benefit of the patients.

The MUMN president also explained that the union is faced with a company that whenever faced by actions taken by the union it takes legal action. Paul Pace said that along the years the MUMN has registered various dispute against the government but was never taken to court. Pace describes this kind of behaviour by Steward Healthcare as ‘typical American’.

Gozitan nurses to work in Gozo

In June the Malta Union of Midwives and Nurses led a group of Gozitan nurses in a short protest outside the Auberge de Castille, in which they appealed to the Prime Minister to stop Steward Healthcare from recruiting foreign nurses in the Gozo General Hospital.

In its reaction to the MUMN press conference, Steward Health Care Malta said that further to a request made last June on the matter by the union, the latter decided to register an industrial dispute. Steward has since been in discussions with the Health Ministry and awaits further direction on the matter.

The union today issued directives on this issue, which come into effect on Wednesday.

Steward Health Care Malta said that its position has been clear from the very beginning that it has no objection in principle to employees working in the Gozo General Hospital, Karin Grech Hospital as well as St Luke’s Hospital being given the same meal allowance as their counterparts in other hospitals.

These allowances are within the remit of the ministry as part of the policies and agreements relating to public service employees, and are not at our discretion, stated Steward Healthcare which has also urged stakeholders to remember that industrial actions should not come at the expense of patients’ wellbeing.