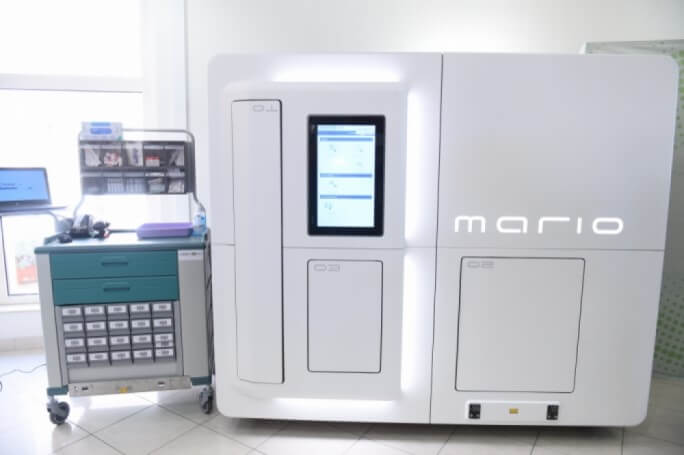 For two whole years, such systems failed so frequently that it surpassed any form of human errors and made the nurses' work more difficult due to the wrong medications/wrong dosages given by such robots to the patients.

For two whole years, wrong drugs and wrong doses were being supplied to the nurses by these robotic machines.  If it was not for the nurses who repeatedly had to double and triple check the drugs procured by such robots, the patients would have ended taking the wrong medication. Not to mention that such electronic machines removed all accessibility for urgent treatment which was being ordered by the doctors from time to time.

Such huge machines took two vital rooms on the ward which were used for storage, making it more difficult for the nurses to store disposable items on the wards.

There were frequent times were the 'Mario' or ‘Sophia’ robotic computers would cease completely to function, leaving the nurses stranded with no drugs to give to the patients. The nurses being responsible then had to “borrow” drugs from other adjacent wards in MDH since no drugs were available to their ward.

When MUMN repeatedly drew the attention of such continuous failures in these last two whole years of such machines, MDH management would always respond with the following phrases “We are tacking the issues”, “these are nitty and gritty points” or “We are aware of these issues but rest of mind we are working to solve them”, “It will take us some time to settle but eventually we will address these issues” or “Give us the issues and we will tackle them” etc, etc.

For two whole years, nurses and MUMN have been swindled in a multi-million project which never took off and never provided any reliable service to the patients but just added more stress and extra workload on the nurses striving to give a simple tablet to their patients.

Such equipment which was supposed to make the distribution of medicine “easier” and “error-free” turned out to be the complete opposite. The reality after two years was that drug administration has become a nightmare for the nurses whole the system was continuously failing miserably at the determent of the nurses and the patients in MDH.

Such machines are now based in M5, M6, and Urology 2 wards. In M5, the ward which endured most of such pilot projects for two whole years, all Maltese Nurses are currently requesting a transfer from such award while such ward has eight nursing vacancies of nurses who have resigned during these years.

A compliment to this robotic system, was Denova, a project in MDH which was meant that all disposable supplies used by nurses are to be provided through a private contractor “to increase efficiency”. This was another complete and utter failure that resulted in that nurse being ignored by the contractor leaving nurses on the wards with a vital disposable item out of stock at the detriment of the patients. Yet again nurses ended up running all over MDH borrowing disposable items for their patients. One disaster from another.

Such Machines which are made by an Italian brand, which were purchased by direct order, are present at ONLY in one NHS hospital (that should have been indicative of the failure of such machine), and five small hospitals in Italy which have only two/ three wards each. Definitely not appropriate from a huge hospital as MDH

Besides the huge capital expenditure of such two robotic machines, the running and the huge manpower needed to run such machines, fly high in the millions of euros per year. The Health Division could have made considerable savings by not procuring such machines and instead added more drugs to the drug formulary (such as Xeralta) for the benefit of the patients, than spending useless money, enriching someone pocket at the taxpayer expense.

The Health Division is in total denial and would not admit that €25 million of taxpayer money has been spent on a worthless machine was a complete failure. The pressure on MDH management and the pressure of MDH management on the nurses as to camouflage such failure is enormous. The nurses in M5, M6, and Urology two have been for two years pressurized to use such system even though such system never stabilized and never provided any decent results.

Such robotic machinery and Denova were introduced with no consultation with MUMN and even when it was evident that such systems are failing miserably, they were still spread to other wards to MDH. The strong eagerness to distribute to other wards in MDH when it was evident that the pilot project in M5 was failing shows clearly that financial pressures were more important than the well-being of the patients.

For this reason, MUMN is issuing a directive that with immediate effect all nurses in MDH are not to do any work-related or training on such robotic machines and Denova. While nurses in M5, M6, and Urology two are to revert back to the old system being used throughout MDH for drug administration by 30th August 2021. If nurses of such wards are denied to revert back, all legal implications will be on MDH management if nurses are not given treatment through the current system.  Nurses are not to use or do any work related to Mario And Sophia nor Denova.

This is a project launched without consultation with any stakeholder:

1)  costing the taxpayer millions of euros.

2) the end result after two years was just huge amounts of money being spent to try to run a continuous failing system.

4) more stress on the nurses.

5)  more time-consuming for the nurses that instead of one hour to give all oral medical medications it takes two and half hours.

6) but more importantly was that the wrong doses and wrong medication were frequently resulting in patients’ lives at risk.

MUMN is to take a stand since such robotic machines which for two years failed miserably should be removed from MDH. On the other hand, the politicians who brought such machines are too proud to admit the huge mistake at the expense of the taxpayer's expense and at the detriment of the wellbeing of the patients. Such robotic machines and Denova are to be dismantled without any discussion….the two-year failure should be enough that both systems were a complete waste of money.